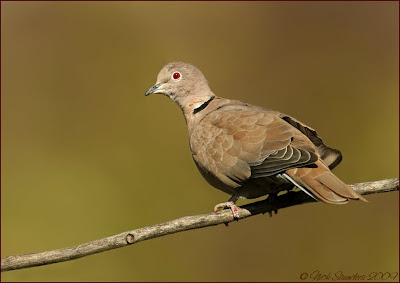 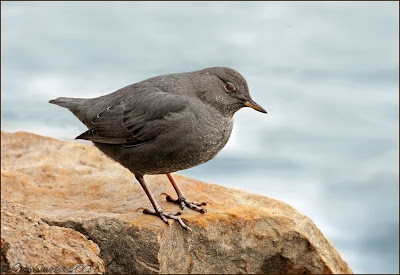 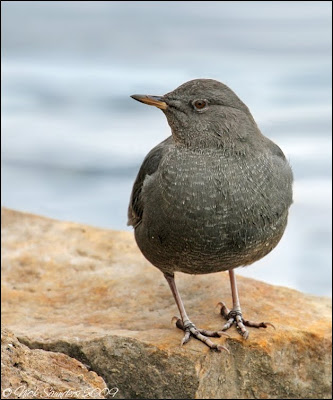 The dove images is very nice, well balanced and the vokeh is perfect ;)

Both are very pleasant surprises.The Dipper is very rare I would think.
Blessings,Ruth

...love the little Dipper with his stocky body and short tail. I'd love to see him moving around in the current! I've never seen either of those birds.

Wow excellent Nick... It is coll to be able to see and take pictures of rarities... I love the dipper shot, especially the last one.. A typical attitude and a fantastic sharp and clear shot... Well done.. It looks like you were not that far from it... I never managed to get really close to the white-throated dipper we have in France, at least not enough to get a decent shot :-)

Well, as you ought to realise, having lived over this side of the pond, the Collared Dove is almost unstoppable. Wont be long before you get bored with them :)
Much prefer the Dipper images, one of the most charismatic of bird families.

Beautiful shots Nick, especially the last one of the Dipper.
If you want some more Collared Doves mate, I've got a family of five visit the garden most days lol
They're great at clearing up the spilt seed from the feeders.

Thanks guys. Yeah, I'm sure the Dove will soon be a 'dirt bird' eventually , like the poor House Sparrow and take for granted.

The American Dipper however, truly is a remarkable little thing, and fascinating to watch.
I'd be happy to have those here year round.

Watching this little bird in action in a Jasper Mountain Park stream about 14 years ago was then, and is still, a highlight of my nature sightings, possibly exceeded only by the evening I saw eight (8!) moose, separately, in Elk Island National Park.