I just spent an enjoyable weekend at Candle Lake where I added to my year list a Blue-headed Vireo, a Red-eyed Vireo, 2 Bay-breasted Warblers and an American Redstart , putting my current tally at 210 species seen so far in 2009.
It really has been a slow spring though with only a handfull of Warbler species up north with more still to arrive.
Cape May Warbler's were quite numerous up at Candle , with Yellow-rumps, Tennessee , Redstart, Ovenbird and the Bay-breasted being the only other representatives.
I did find other nice species though such as Pileated Woodpecker, Veery & Northern Goshawk.

So, photos are building up all the time !
Here is a new variety of pics taken over the past few weeks...

Semipalmated Plover - This little plover was foraging near Goose Lake on the day of our May bird count : 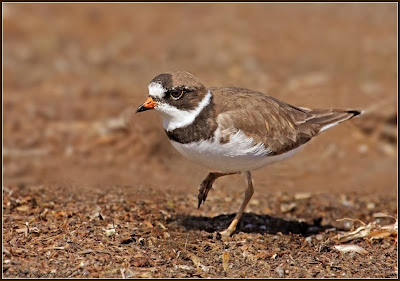 Bay-breasted Warbler - From Candle Lake last weekend , not the ideal view, but this is often how I see these Warblers , high in the tree canopy : 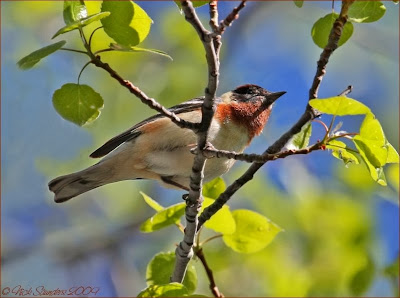 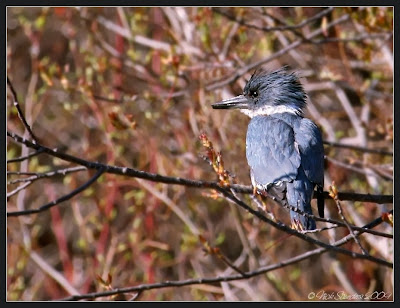 Vesper Sparrow - This was taken near town on a quiet country road : 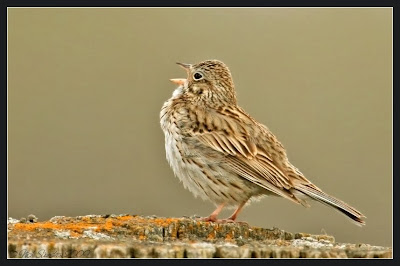 American Golden Plover - One of a group of these handsome birds found on our recent bird count : 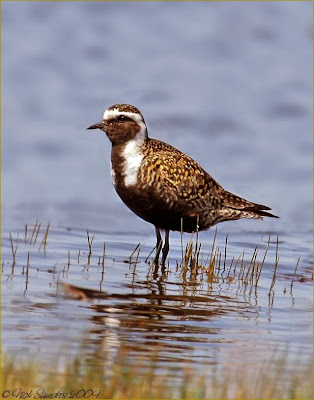 Eastern Phoebe - This bird was gathering nesting material at the southern Nisbet Forest a few weeks ago : 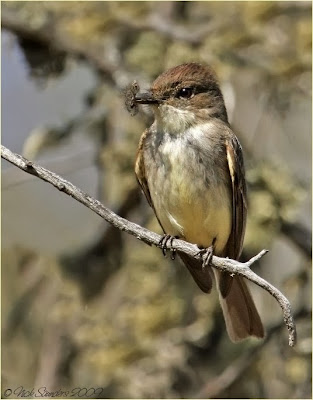 House Finch - A breeding male from the backyard : 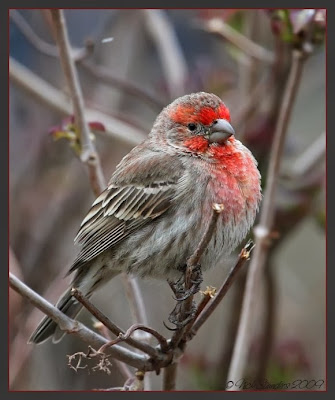 Northern Rough-winged Swallow - A species I haven't photographed before, I found this bird perched high along the riverbank during some strong winds last week : 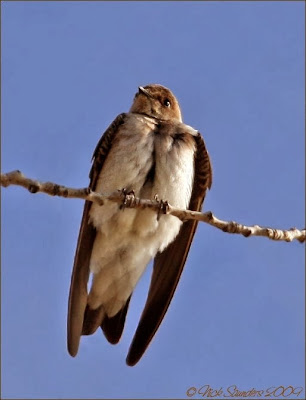 Yellow-bellied Sapsucker - This woodpecker was drinking sap from a tree in a local park last month. You can see the freshly made holes in the tree on the left of the photo : 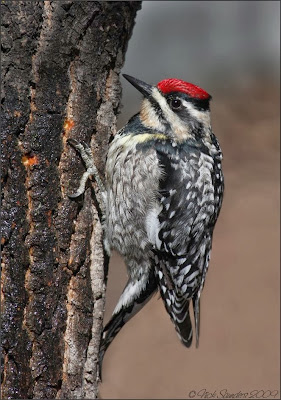 You are doing a great job. In a world where there are very few who realize that there is world exists for nature, other than humans, you are doing a marvelous job of creating a bridge between culture and nature.
Best wishes,
Anulal,
India.

Hey Nick,
A fabulous series of images,great work once again.I agree with the former statement.Your dedication and work bring a greater awareness and appreciation to these species.

It's surprising and rewarding to me when someone says thank you, I never knew we had all these wonderful birds here.:-)

So many amazing photos! I think I've run out of positive adjectives - lol!

Wonderful pictures,some of these birds I have yet to see.
Blessings,Ruth

What a great selection Nick, and every one a stunner!
The Semipalmated Plover looks very similar to our Ringed Plover, right down to his bill.
The American Golden Plover is a beauty, and the House Finch.
Beautiful birds; every one of them.

Beautiful photos! Miss the spring crocuses here in Ontario...keep it up!

Your Blog turned out to be a nice find.
Great Images.
John.

Nick, I would be happy with your current tally for my year count!
Enjoyed this series showing me a few new species. Thanks, Frank.

I just started photographing birds a few months ago when the Painted Buntings we at the feeders. Guess I need to start a "life list" and see what I can do. Beautiful pictures.

...beautiful photographs. I have never been able to catch a photo of a Belted Kingfisher that's any good. They always take off on me, or are just too far away. Beautiful job. I love your Vesper Sparrow shot too. I've yet to see one, however, I've been stalking one at VOA. They have been heard/seen there. But the little Yellow-bellied Sapsucker melted my heart. I love those woodpeckers! Must have been great watching him drink from the wells.

Thanks for the kind words everyone !

Marvelous array of birds - and the bay-breasted - I haven't seen one in years. they just pass through on the way to breeding grounds, and haven't been thoughtful enough to pass through where I am. Nice photos

Love looking at all your pics! I will be back for more :-)

Beautiful series Nick. Sharp details, beautiful poses, catchlight in the eyes and amazing bokeh. You nailed it in every image in this series. I enjoyed watching one.

Great series of photos, I have a phoebe building a nest in my addition. Guess I'll have to hold off closing it in till the chicks fledge.