Well, its catch up time again. I've been birding like crazy lately, trying to see and document as many migrants as possible, and also attempting to take better photos of existing species for my files.
There will many more updates to come, with lots more photos, as they are all mounting up, in particular a new series on Shorebirds and some other recent outings.

My friend Guy and I did our 4th consecutive May bird count together last Saturday and had a pretty spectacular day.
Starting at around 7am and finishing at 10pm we clocked up 140 different species when it was all over, beating our previous record last year of 125.
Our sector encompasses Pike Lake, Delisle, Laura, Tessier & Goose Lake and has some nice spots to find shorebirds and occasionally Warblers.
I still even managed to take some photos along the way, and one of those will feature in this post, with more will follow later.

Some highlights from that particular trip included :

Now for some photos :

Cape May Warbler - This was taken at the property of some friends north of Pike Lake.
This lovely male had been drinking sugar water from a hanging Oriole Feeder, and was resting fpr maybe a second or two on the tree between sips. 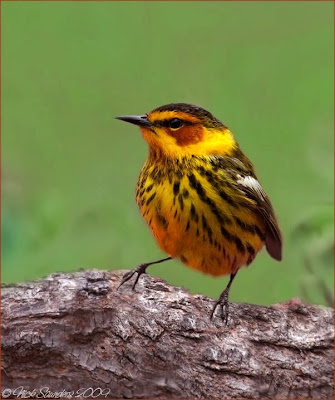 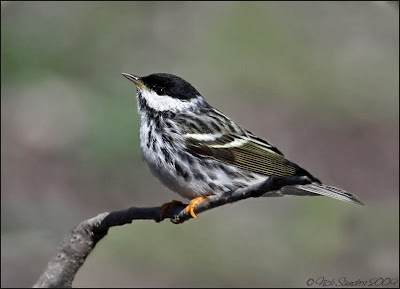 Mourning Warbler - I had the pleasure of seeing this male in my own backyard. I took the photo just as he hopped atop our compost heap : 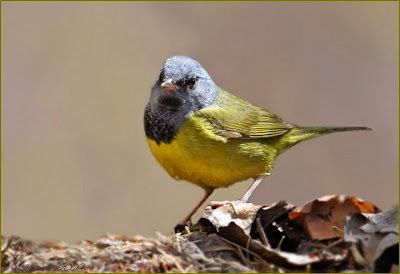 Orange-crowned Warbler - This bird pays daily visits to our barrel pond , either having a drink or bathing : 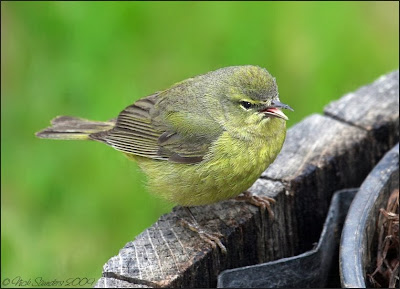 Rose-breasted Grosbeak - For a little while, everyone was seeing these in town. We had this male and also two females for about a week in our backyard : 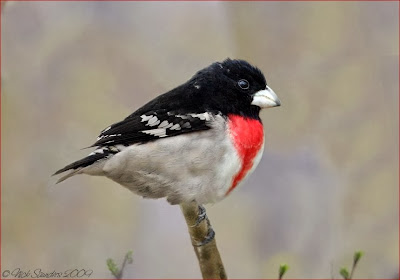 Swainson's Thrush - As well as Oranges, some birds are partial to watermelon ! 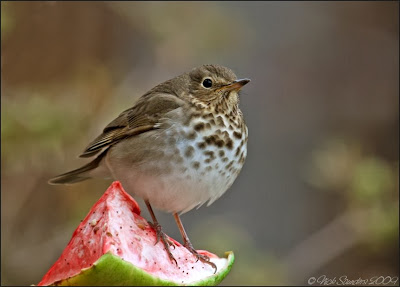 Now you're just making me jealous with that list mate. More than I saw all of last year. lol
Those Warbler pictures are beautiful.

Beautiful images and what a nice selection of warblers your finding,I'm definitely envious.:-)

Can I say, "You make me sick," in a nice way?? They are not only outstanding shots, they are incredibly beautiful birds, Nick!!
I should just shut down the backyard and just visit you.

Awesome photos, now that the weather is finally warm I've been very busy too, doing yardwork. I need to make some time to get more pictures.

Congrats on your birdcount and the photos speak for themselves! Fantastic!

Your warbler photos are breath-taking. Those are tough guys to find in my neighborhood, then to get them in the open - wow!

Hi Nick,
This set of pictures is just amazing!! Wonderful composition, very nice light and nice bokeh! Just perfect. Incredible that you are getting so many vagrants!

Gogreous pictures.The spring birds are a most welcome sight.
Blessings,Ruth

Nick, that's an impressive list (average of just over 8 per hour) & stunning pics, particularly the colour of the Cape May Warbler.

Thanks very much guys !

I wish I could have sound with my comment. Every picture was "aren't you cute!" or "what a darling!" Great pictures of adorable birds. Thanks so much, Nick!

All these beautiful warbler shots - you're making all of us envious here Nick!!
P.S. Thanks for the watermelon tip - I'm going to have to add that to my bird food selection.

Amazing shots man. I really had no idea there were so many species in our local area. Having just started to do some birding I find your blog an extremely useful source for identifying the species I come across. Your dedication shows!

Thanks , I appreciate the feedback.

Very Nice! How do you get these warblers out in the open..and sitting on a slice of watermellon?
Great series of pictures!

Thanks Tina. The Swainson's Thrush was taken through my kitchen window. I actually put the watermelon out for the Oriole when the thrush checked it out.
As for shooting warblers, getting them out in the open is not easy and takes either luck or a lot of patience.
Early morning or suppertime is best when they sometimes forage lower to the ground. Sometimes .... :-)

Wonderful photos of birds I have never seen, despite having lived on the prairies.