We don't see too many of these handsome flycatchers in our area, in fact I only saw one all last year.
This morning while on a drive with a friend. This Say's Phoebe appeared seemingly out of nowhere, fairly close to the Dundurn miltary range. 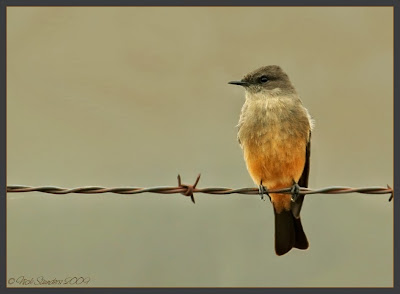 There were many of the usual suspects to be found in nearby sloughs , most of the Grebe's,Ducks and a few shorebirds were present, and at Blackstrap I got my first Belted Kingfisher of the year.

Here is a Tree Swallow that I captured during take off from a fence post : 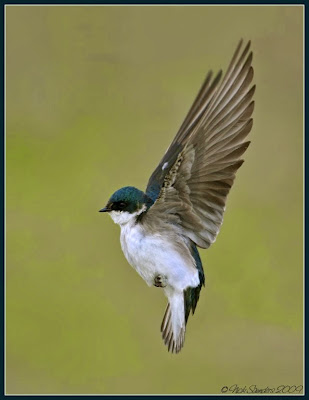 This Savannah Sparrow was singing to a potential mate in a nearby field : 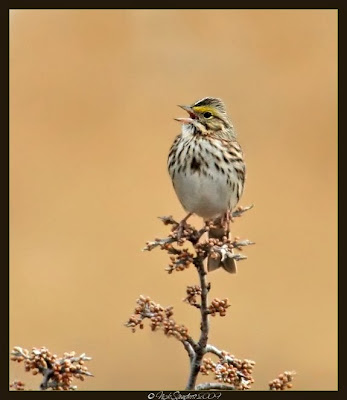 ...the Tree Swallow in flight is classic...perfect. I've never seen a Say's Phoebe. I need to read about them, as I don't know much about them. Lovely capture. I actually have a shot at finding a Savannah Sparrow. They have been sighted at a local park with a nice meadow, but I've had no luck so far. What a gorgeous bird...

Whoa! the freeze frame on those wings is wonderful - wonder if I'll be able to come close to that with bright light with my Sony

WoW,that Say's Phoebe is a pretty bird.Another one I have yet to see.
Blessings,Ruth

Some beautiful birds there Nick, and that Tree Swallow is a great capture.

Hi Nick,
These are 3 awesome shots!!! Gosh, I love the tree-swallow for the action-wing scenery!!!
I've never seen this phoebe neither. Nice to discover it.
The savannah sparrow is gorgeous, with a nice aperture, and a wonderful attitude.
In all, a perfect message, with perfect pictures as usually, for our pleasure!!!

Thanks for the kind words folks :-)

Nick : The shot of the swallow in flight is a winner in many a competition. You should consider processing it well and posting it in some contests including NWF which closes sometime in July.

So beautiful to see that tree swallow w/ his wings outstretched!!

All gorgeous...the swallow's wings are perfect.

What kind of bird is this?

It sat on the power line and sang this really neat song for a while, then took off. I don't remember seeing this type of bird before.

Just adding a follow up comments check in case you respond to my question about that bird. Thanks!