Two from the Backyard

Well, it seems as if the Junco's have already moved on. We had them in our yard for about 5 days, but I got to enjoy them while they were here, and I'll see them again up north next month anyway.
We have had a pair of American Crows visiting us for the past couple of days, taking shelled peanuts meant for the Blue Jays, and also some American Robins have stopped by for a drink.

Some friends and I visited the river last night and both the American Dipper and Slaty-backed Gull put in an appearance, the Gull didn't show until 8:30pm though, in near dark.

The gull ended up being a lifer for all of us , so we toasted the fact at a downtown pub before heading home.

I didn't bother taking photos of the Gull last night as it was mostly sleeping .

Here are two pics from the yard : 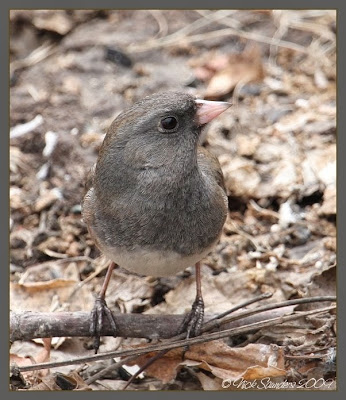 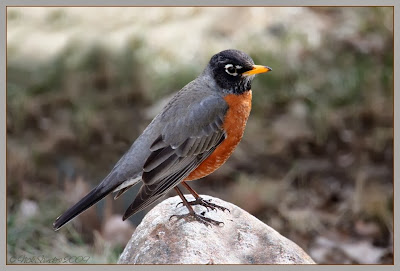 I really enjoy your pictures Nick.
So many different birds I'll probably never see in the 'feather', but always interesting.

Nick,
I am so behind in getting to everyone's blogs..sorry. You really do get to see such a variety of birds and other animals..and of course your pics are always so nice. I'm glad you got to enjoy the Am. robin..one of my favs..such a sweet series of songs!!

Wow I would love to get birds in my backyard, but this is not gonna happen. I love the junco shot but the second is also very nice on it srock.

...such a sweet photo of such a sweet bird--the junco. Congrats on the lifer--the impromptu party was a great way to end the day!

Lovely shots, I haven't seen too many juncos lately either but the robins are everywhere.

Your dark eyed junco is a lovely shot. I like the robin too.


Such wonderful places, so different from where I have lived. The Hamlet of Gordon, Ohio is where I was born and raised and it is how small hamlets used to be and this one still exists.

The Hamlet of Gordon

*I Donated to Cornell Ornithology!*
http://www.opticsplanet.net/cornell-lab-of-ornithology.html

Such great captures! The colors, the sharpness...
Awesome photos, fun to watch. Keep them coming :)

Great shots, as usual. :-) I always enjoy your photos and the story or when you captured them.