This afternoon I spent an enjoyable couple of hours at the old Sanatorium site and Holiday Park.
Almost as soon as I arrived, while I was speaking to the friendly owner of the Bowerman House, I heard the distinctive 3 note call of a Golden-crowned Kinglet.
I soon found a pair of them foraging in a thick stand of shrubs and then watched as they flew high to the lofty branches of one of the many spruce trees at the park.
The Northern Cardinal that visited this area last year apparently left in March , so hopefully it made its way south with no problems.

Other birds seen at the park : 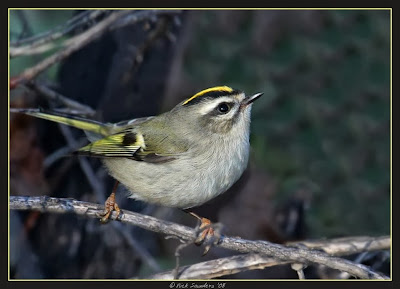 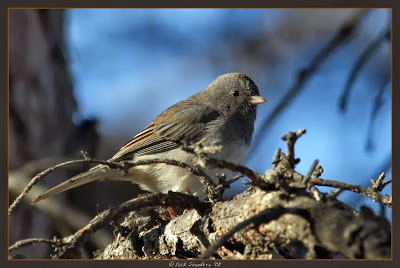 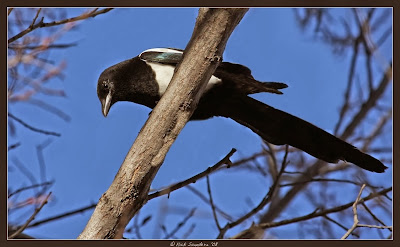 What a great list of birds. :c) Love the little kinglet, and I've never seen the beautiful magpie.

That Kinglet looks like our Goldcrest Nick which I'm sure you have seen, had one in my garden the other day but I was in work, gutted.
Stunning pics.

Cheers Mike. Yeah, they are basically our version of the Goldcrest. Sorry you missed the one in your garden. Doh !

Wow-nice Kinglet photo!I was just thinking today about how the Golden-crowned is the one that usually gives three ringing notes.-I used to get confused between the two kinglet sounds and the brown Creeper.

All of these shots are superb - but that Kinglet image is outstanding! One of the best exposures I have ever seen!!!

Thanks for the kind words. It's always great to see those little birds :-)

Thanks for stopping by my blog. Your photo's are stunning! I'm adding you to my blogroll, since you have birds that we just don't see here in Michigan.